The President of the United States has declared today, as Patriots Day.

The bells of our clock tower tolled several times this morning to coincide with the exact times of the horrible events of one year ago, and our flags are at half-staff to honor those who lost their lives.

We, gather here today, much the same as others gather around the country, to honor the memories of the nearly 3,000 Americans who perished that day in New York, Pennsylvania, and Washington, D.C., as well as the members of our Armed Forces, who have lost their lives in defense of our country.

Here in Ozaukee County, we are blessed with relative tranquility. This does not imply that we are unaffected by the events of September 11, or since. No American remains unaffected. Many of us have friends or relatives that were directly affected by September 11, and others know people who are serving in the Armed Forces today around the globe.

Shortly after September 11, 2001, the President, along with a host of others, asked all Americans to get on with their lives. I believe that we have done just that. This does not imply that we have forgotten, or will ever forget what happened that day. The world has changed since then, or at least our view of it, much the same as our nations reality changed on December 7, 1941.

That awful day in December 1941, as well as the events of September 2001 were a wake-up call to all Americans. A horrible reminder that being the greatest nation on the face of the earth, will make us the target of all those who seek to impose their views on the rest of the world.

We are not a perfect nation; I don’t think that any of us has ever believed that to be true. But, by the same token, no other nation can profess to have the freedoms we enjoy here in the United States. Where else can people criticize their government, choose what religious belief to follow, the freedom to better our own lots in life or gather and associate freely, as we do here today. It is because of those very freedoms, freedoms that others either loathe or are jealous of, that we are a target.

We have all experienced a wide range of emotions since September of last year. The days that lie ahead remain an uncertainty. We can all take solace in the knowledge that our police, firefighters, EMT’s and our military, remain ever vigilant, and ever ready to respond to whatever challenges may confront us in the years ahead.

America is strong because of her people, individuals just like those of us gathered here today. Our nation will endure, because we the people want it to be so, and work daily to ensure that it is so.

I would ask all of you to join me in a moment of silent reflection, to honor the memory of those lost.

Please join me now in saying the Pledge of Allegiance.

Thank you all for coming today, this concludes our ceremony. 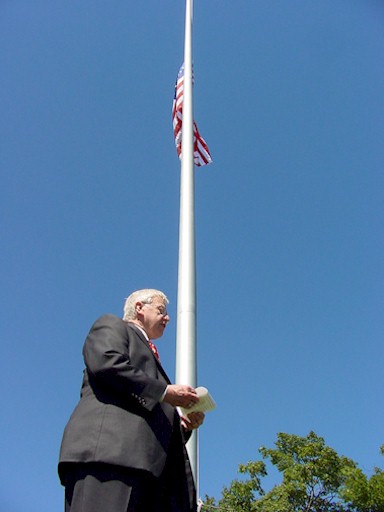 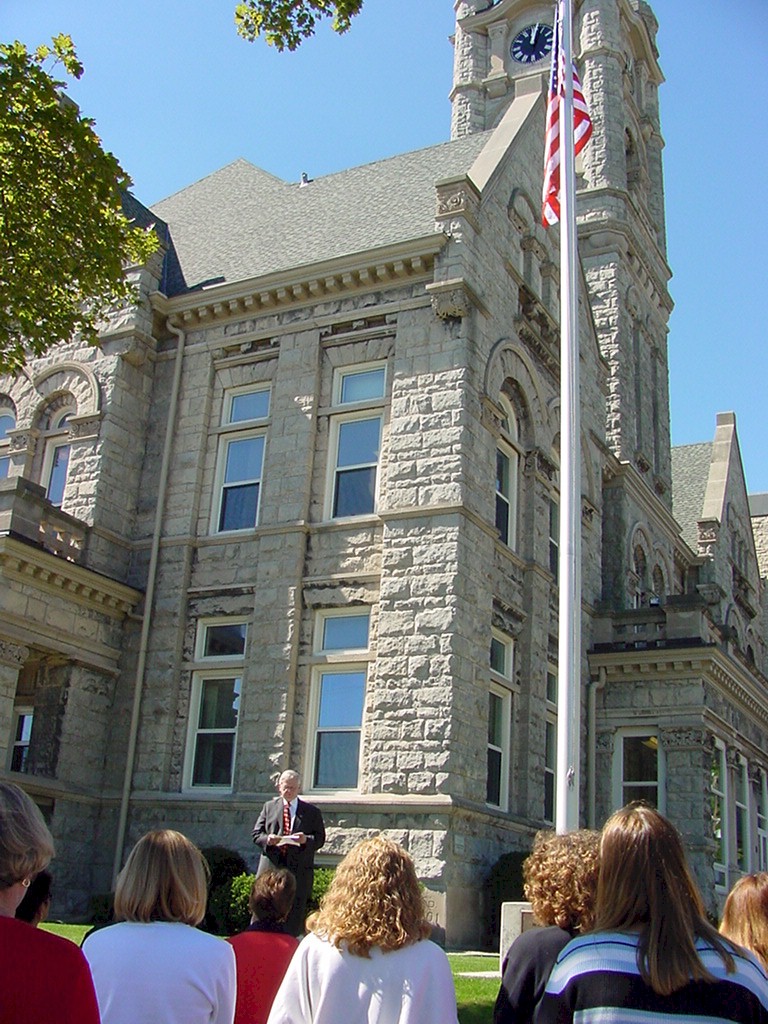 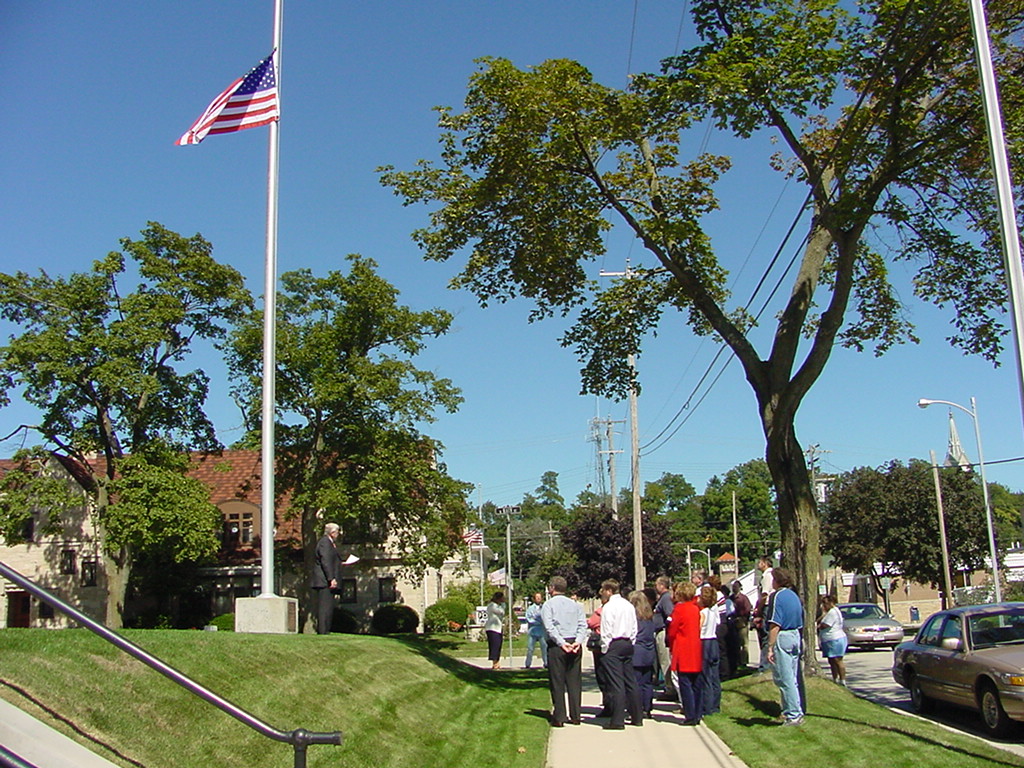 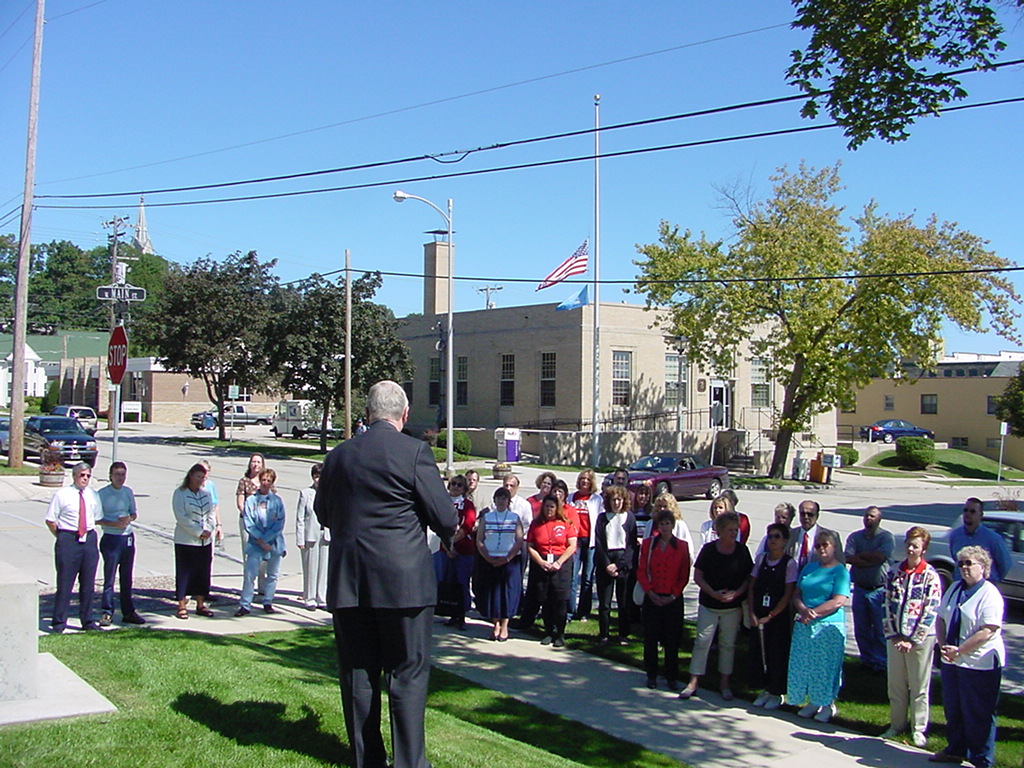