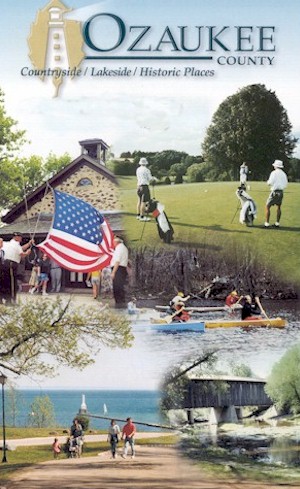 Rich deposits of limestone and excellent fishing led to early development of quarries and harbors. Harrington Beach State Park occupies the site of one of the original limestone quarries in the county. Stone removed from the quarry was shipped from a dock on the shore of Lake Michigan. Limestone deposits spawned another quarry and tall lime kilns in what became Lime Kiln Park in the Village of Grafton.

Steep bluffs along most of the county's coastline hindered access to the lake waters. The low laying topography of portions of Port Washington and Belgium led to the development of a harbor and permitted the fishing industry to flourish. The quarry dock in Belgium no longer exists; however, the harbor in Port Washington recently underwent significant improvements. The harbor supports commercial and sport fishing activities but has seen the last visits from lake freighters delivering coal to the Wisconsin Electric Power Company (WE Energies) plant located adjacent to the marina. Tourism provides a substantial income to local businesses in Port Washington.
Early Settlements
Early settlers formed trails through Ozaukee County, which became major transportation routes to other areas of the state. Two Indian trails met in an area that grew to become the Village of Saukville. The old Green Bay Road served as the primary pathway between Milwaukee and Green Bay. Numerous small communities grew along the original trail to support the travelers, including the unincorporated area known as Hamilton in the Town of Cedarburg.

Fertile ground, moderate temperatures, and numerous small creeks and streams prompted development of agriculture and dairy farming. Octagonal and stone barns were common place throughout the county, several of which remain standing today as evidence of this rich heritage. The larger, modem farm buildings presently in use dwarf these smaller buildings.

While some small lakes exist within the county, the most significant water features are Lake Michigan, the Milwaukee River, Cedar Creek, Pigeon Creek, and their related watersheds. The last covered bridge in Wisconsin is found in the Town of Cedarburg over Cedar Creek. It remains carefully preserved as further evidence of the heritage of the area. 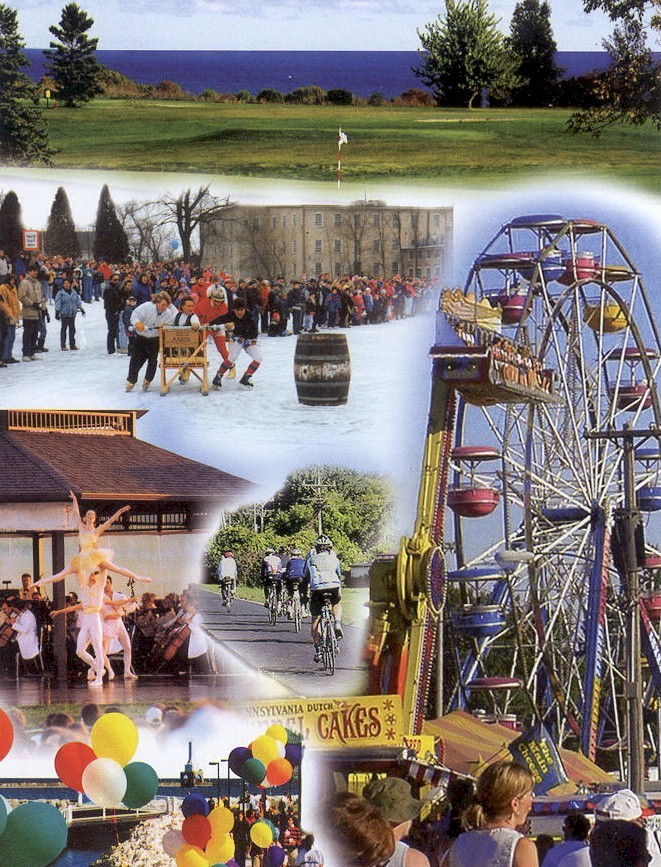 Ozaukee county is the 20th richest county in the United States according to the 1998 Census estimates. Forbes ranks Ozaukee 2nd in 'America's Best Places to Raise a Family' and CNN/Money rank us 19th in 'Best Places for a Long Life'.

Physical Properties
Ozaukee County is the smallest land area county in the State of Wisconsin, covering approximately 609 kilometers squared. The county is located in the southeastern corner of Wisconsin, on 45 kilometers of western Lake Michigan shoreline. Elevation ranges from 177 to 294 meters above sea level, and except for a few isolated spots where dolomite bedrock is exposed at the surface, the entire county is covered with glacial deposits ranging from large boulders to fine-grained clays. Soils are generally classified as: “silty clay loam till”, “loam to clay loam”, and “organic mucky peat” (Parker, et al. 1970).

There is east to west variation in temperature and precipitation in Ozaukee County due to the presence of Lake Michigan, with average monthly temperatures ranging from –7.1 to 20.7 degrees Celsius and precipitation and snowfall averaging 77 and 93 centimeters per year respectively (NRCS WETS Station 1999). Surface drainage is provided by approximately 250 kilometers of rivers, streams, and creeks, all of which eventually flow into Lake Michigan. These streams are geologically young (established after the last glaciation), and as a result of inefficient drainage, many marshes, bogs, and small lakes were formed in the county landscape.