Larval trapping is conducted in the spring and is used to detect the presence or absence of egressing larval northern pike and/or other species originating in tributaries. As funding allows, larval trapping occurs in streams prior to and after fish passage impediment removal or remediation projects and/or habitat restoration projects led by the Planning and Parks Department.

Two types of traps are used in larval surveys, box traps and quatrefoils. Box traps consist of a wooden frame and metal wire mesh with a single 7mm slot oriented upstream to capture larval or young-of-year (YOY) fish drifting downstream. Each trap is staked in place and weighted by cinder blocks or rocks. Box traps rely on the flow of the stream to transport larval fish into the trap. Quatrefoil traps are constructed from clear acrylic sheets with four 5mm slots, creating an entrance to an inner chamber.  Quatrefoil traps require a glow stick and are utilized in areas that have little to no stream flow. The glow stick entices larval fish (photoreactic) to swim into the trap in the absence of stream flow.

Larval monitoring is used because other, more traditional fish monitoring methods such as electrofishing are impractical during the northern pike spawning season (i.e., early spring) due to fast water flow velocities, high turbidity, elevated water conductivity and very small fish, which are not susceptible to electrofishing gear. It is safer to conduct larval trapping during spring when stream conditions can be difficult and, at times, dangerous to work in. Box traps and quatrefoil light traps are relatively inexpensive and require little time and few resources to deploy and maintain. Traps can be deployed over extended periods of time to increase the chance of pike detection. Traps also reduce the chances of injuring and/or killing sampled fish. Larval trap netting fills a critical gap in ecological monitoring and provided a reliable, consistent method for detecting Northern Pike spawning in various tributaries. Monitoring via larval traps also allows the Department to identify other fish species in project streams and characterize the fisheries community within each stream.

The Program has captured dozens of other fish species, including four least darters captured in Mee-Kwon Creek in 2013. The least darter is a species of special concern in Wisconsin and only has been captured in Ozaukee County on one other occasion since 1924. The Department maintains a fisheries database containing years of larval trapping data from over 18 tributary streams. This data is sent to the WDNR for inclusion in the statewide Surface Water Integrated Monitoring System (SWIMS) database. 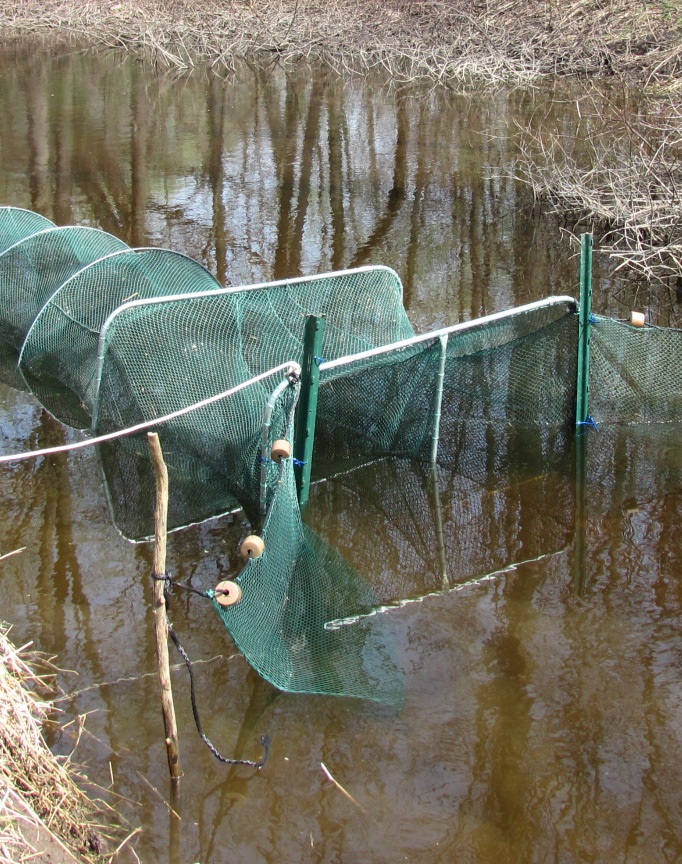 Coho Salmon were found in larval traps in both Mineral Springs Creek as well as Mee-Kwon Creek. Also in Mee-Kwon Creek, a Rainbow Trout was found. Salmon populations in the Great Lakes are supported largely by stocking and naturally reproduced salmon are considered rare in Ozaukee County streams.

A healthy and obstruction free Ulao Creek is important to the life cycle and spawning success of Northern Pike. 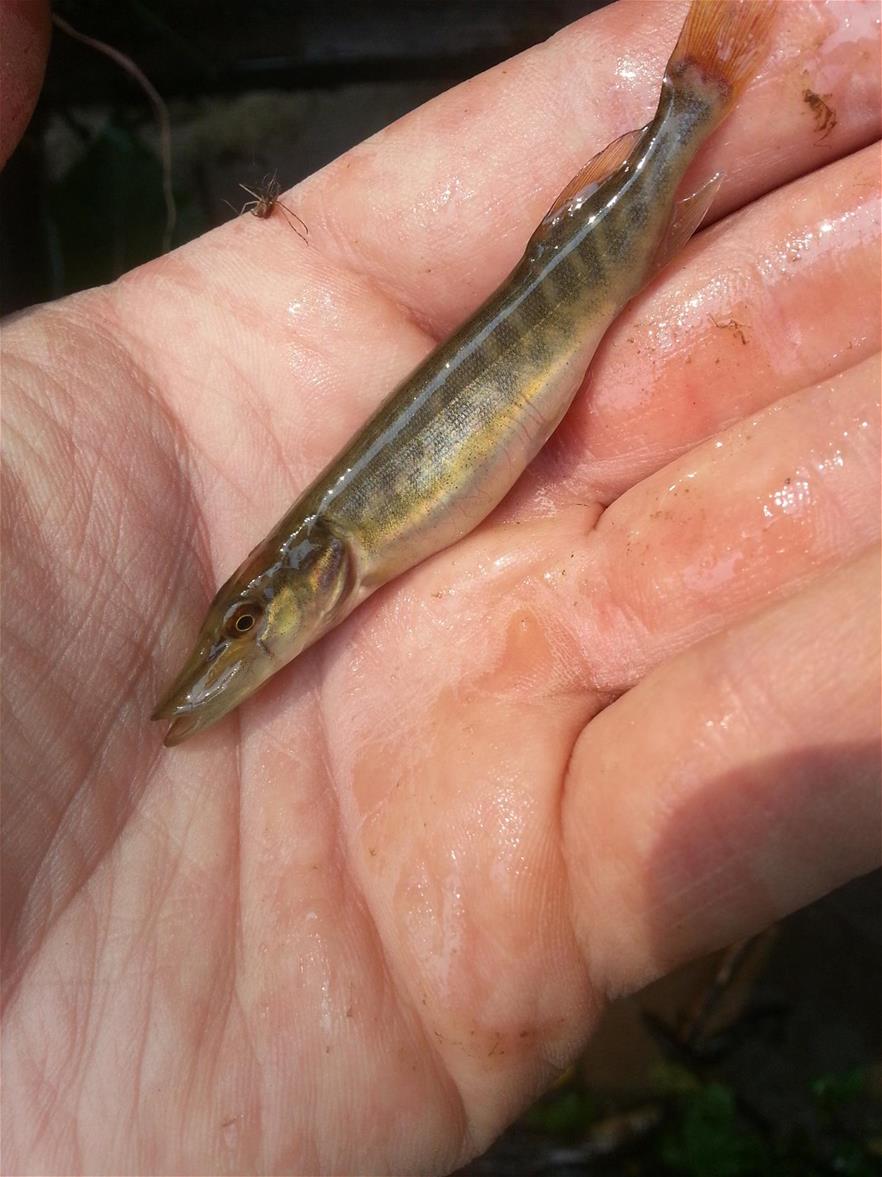 Other Notable Catches of 2015


Northern Pike and Salmonids weren't the only interesting things caught in 2015. Other fish and frog species of interest turned up in our traps.

While green frogs and bullfrogs were the most common, a wide variety of frogs were observed such as the leopard frog (see picture on left).

Other fish species to note are the colorful Iowa darter and the northern redbelly dace. 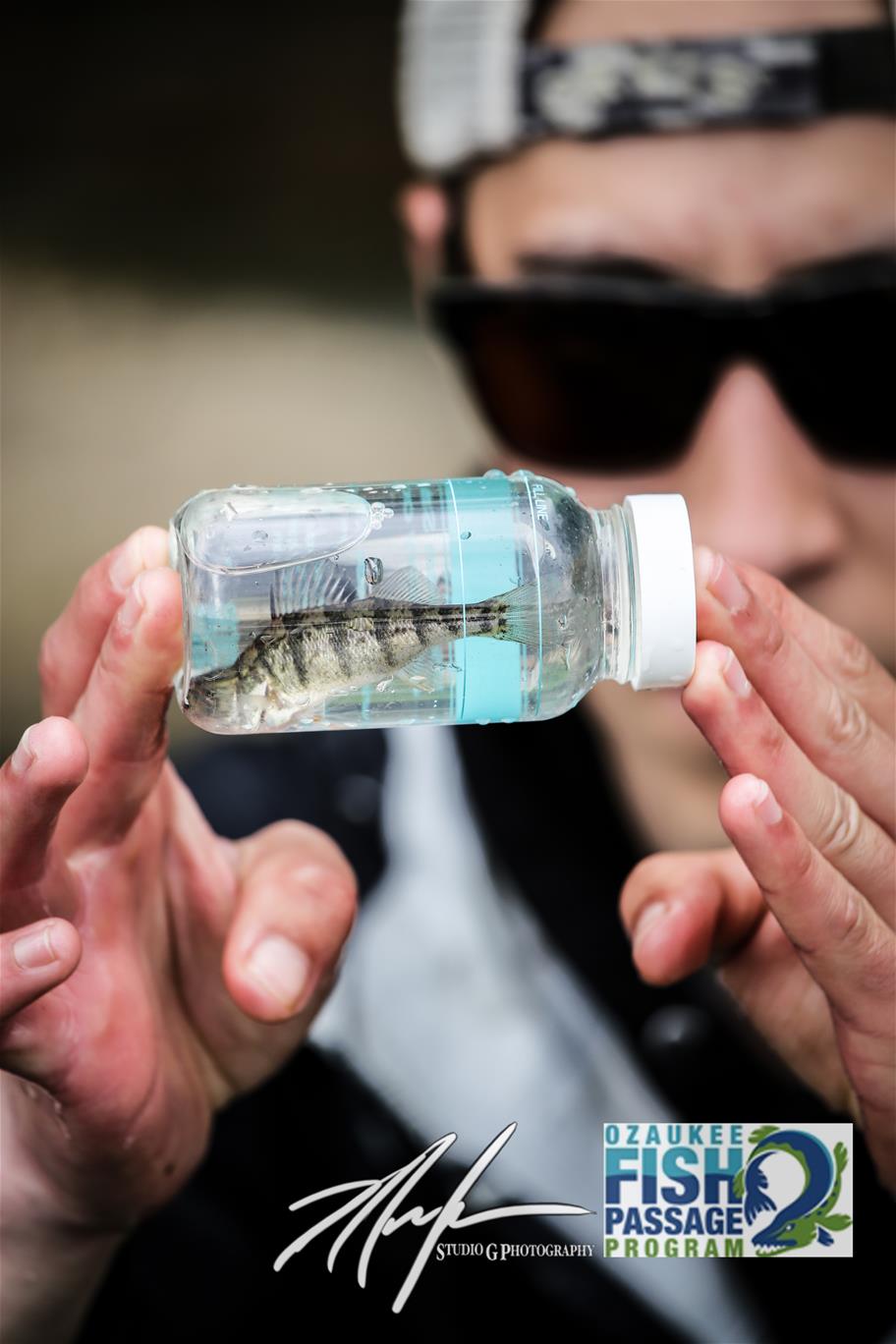 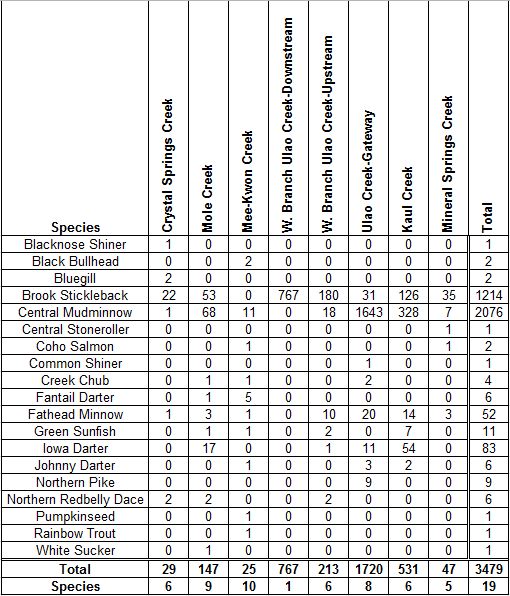