The Milwaukee and Northern Railway, which became a part of the Chicago, Milwaukee, St. Paul, and Pacific system, built a railroad from Milwaukee to Cedarburg. The first train arrived in Cedarburg in November of 1870. Initially, Cedarburg was the northern most point for these trains, but by about 1893, tracks reached all the way to Lake Superior. In 1883, there were 4 trains going north and south daily. The first terminal in Cedarburg was built in 1874. It became a storage building after a new station was built in 1907.

Several years ago, it was determined that there no longer was a need for the station. Rather than letting it be demolished, the Ozaukee County Historical Society acquired the building and had it moved to their Pioneer Village in the Town of Saukville. The building was refurbished, a section of track was laid in front of the depot, and a Milwaukee Road caboose was acquired to add authenticity to the site. 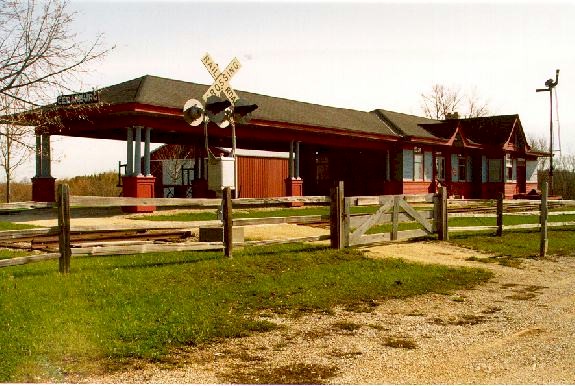 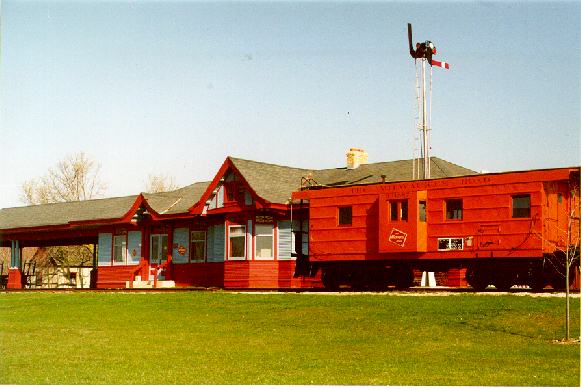