The Cedarburg Mill was built by Cedarburg founders Frederick Hilgen and William Schroeder in 1855 at a cost of $22,000 and was considered one of the finest mills in the midwest. The lower walls are 32 inches thick. The design is Greek revival. The clearstory and monitor roof were popular with eastern mills at the time since they added light and ventilation. This building replaced an earlier one built by Hilgen and Schroeder in 1844. Note that the main part of the building is 5 stories high. The section to the left is of the same style as the main section, but is not as high. Cranes had not yet been invented in 1855, so an incline several blocks long was built to carry material to the upper levels. A donkey was used to pull the heavy stone blocks up this incline. A dam was built nearby to provide power for the mill. The mill continued to operate until just a few years ago, but now is the home of Landmark Supply Company, a seller of pet supplies and foods. Hilgen and Schroeder owned a mill store across the street from their mill. That store served as the retail outlet for the flour and feed produced by them. The mill store is now the well known Barth's Restaurant.

The Cedarburg Mill (previously the Hilgen and Schroeder Mill) was featured several months ago, but the view was from the corner of Columbia Road and Mequon Avenue. That angle showed the east and north sides of the building. A good picture view of the south side of the building is only possible for about 2 weeks each year. During those two weeks, the trees are starting to sprout leaves, which add to the view. After those 2 weeks, the leaves have grown so much that most of the building is blocked from view. Artists have an opportunity to "kind of" ignore the tree branches. A photographer cannot do that. The amount of flowing water also varies considerably. Water power was used by the mill to operate their equipment for many years. The fast moving stream reminds one of the value of building on the bank of a creek or river. This is one of the pretty views of Cedar Creek. The red building is Don’s Resale and Antique shop which adds a bit of color to the scene. 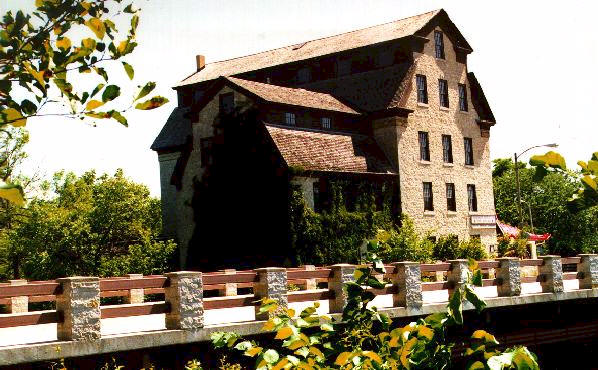 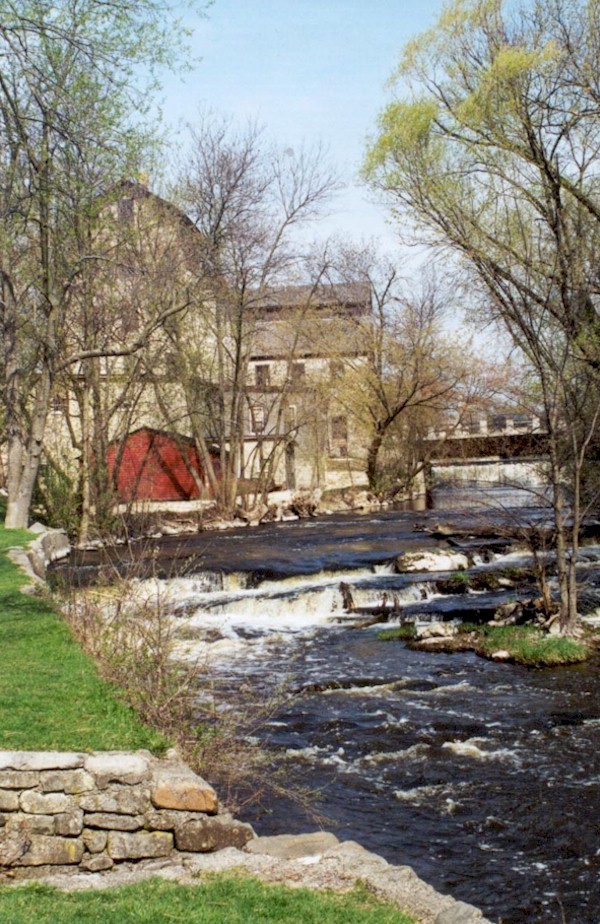