During the 19th century, schooners or tall ships were a common site as they haled freight and passengers to Port Washington and other ports on Lake Michigan. Since it is now the 21st century, seeing a tall ship was a real treat for may people.

The Maritime Heritage Festival was held in Port Washington on June 30. The festival included a visit by Wisconsin's tall ship, the Denis Sullivan schooner. The ship sailed from Milwaukee to Port Washington the evening before. Sixty-five area residents had made advance plans to be a passenger for this trip. Eleven hundred other people did not get to sail on the ship, but they did have the pleasure of taking a tour aboard the ship the next day.

The Denis Sullivan was inspired by the 3-masted schooner Moonlight, which was built in Milwaukee in 1874. Its design was based on 4 Great Lakes schooners built in Wisconsin between 1852 and 1868. It was the first ship of its kind built in Wisconsin during the past 100 years.

The schooner is 137 feet long and displaces 130 tons. She was launched in the summer of 2000, 5 years after the building project started. She spent the winter on educational cruises in the waters of Florida and the Bahamas. 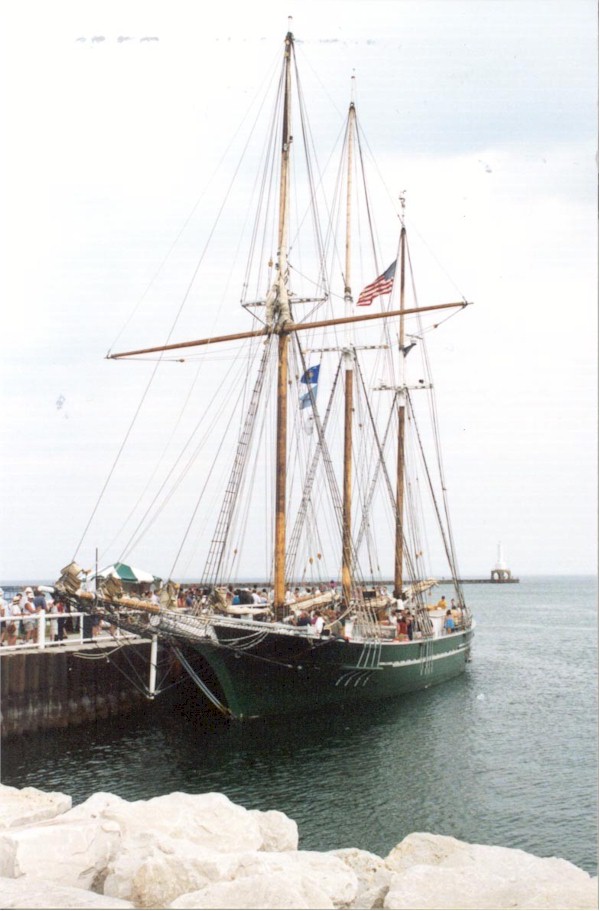