The Lime Kiln Dam was removed by the Ozaukee County Planning and Parks Department and Highway Department in 2010 in cooperation with the Village of Grafton and landowners. The project was funded by an American Recovery and Reinvestment Act (ARRA) grant administered by the National Oceanic and Atmospheric Administration (NOAA) and included removing debris and fill from the former raceway, impoundment dewatering through the raceway, dynamite blasting to fracture the dam face and footing, and concrete and debris removal with heavy equipment. Ozaukee County also completed multiple restoration activities including: bank stabilization, public access amenities, construction of a wooden pedestrian bridge over the old raceway for public access to the exposed bedrock island, invasive vegetation removal and native prairie seeding and tree plantings. The project restored access to a total of 32 river miles of mainstrem habitat in the Milwaukee River from Lake Michigan upstream through this former impoundment. 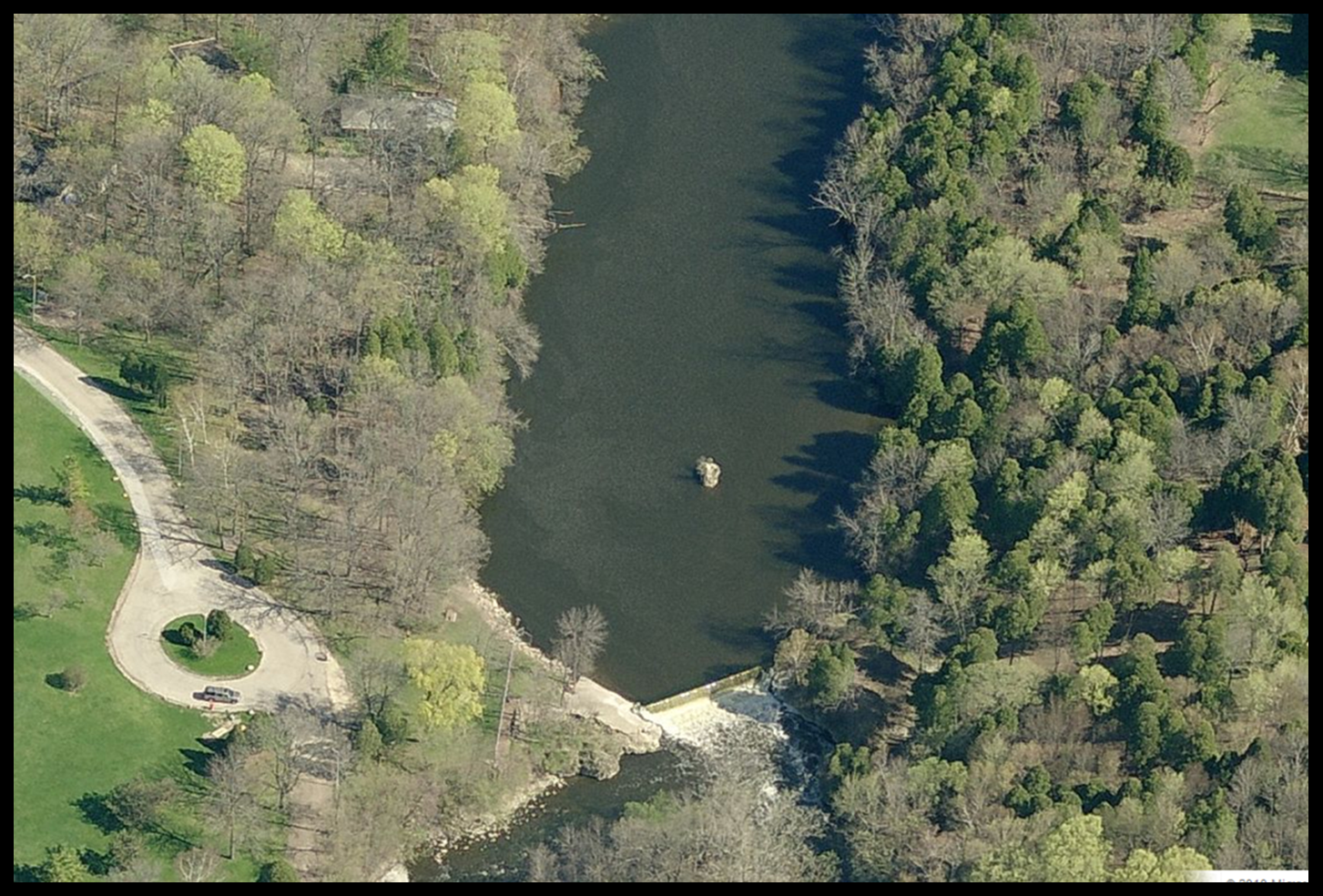 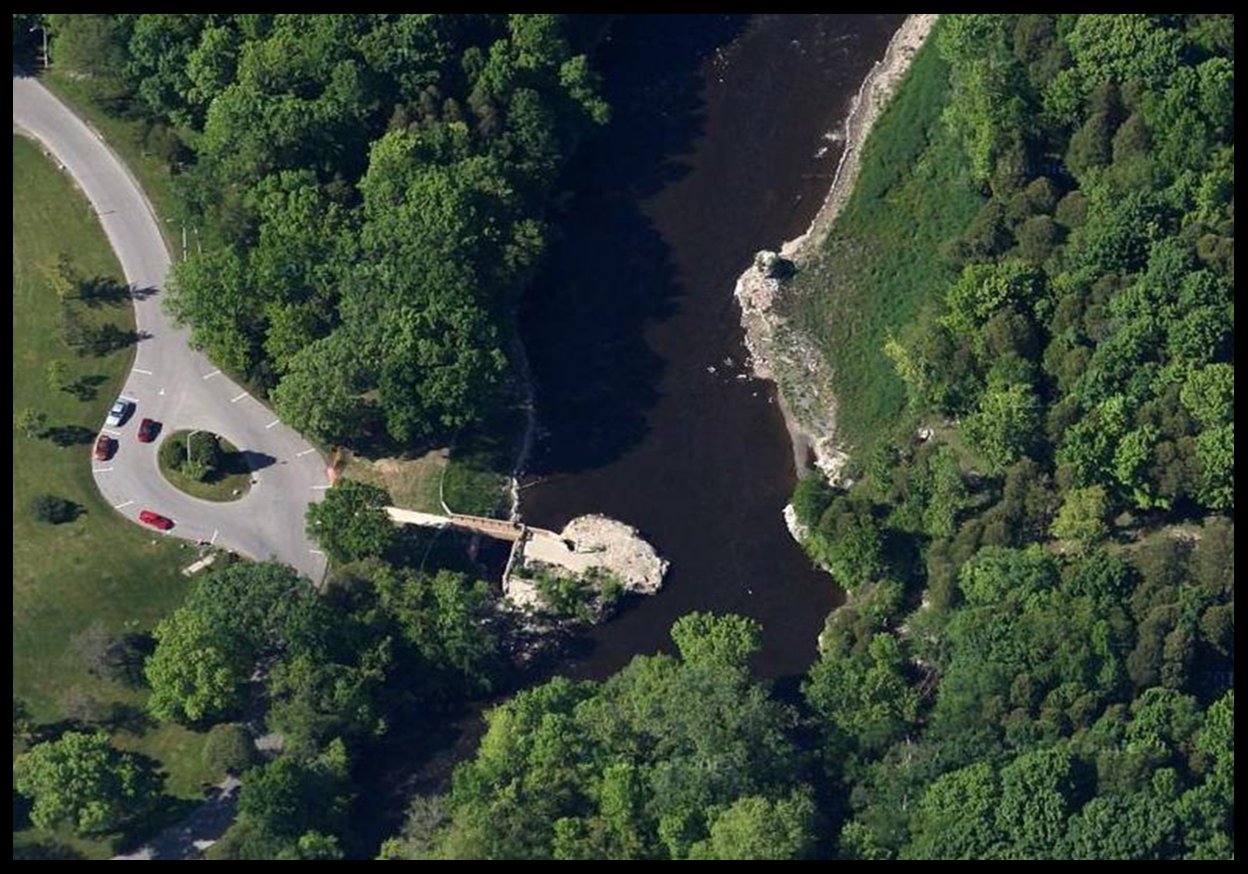 Removal of the Lime Kiln Dam compliments fish passage projects occurring throughout the Milwaukee River Watershed, restoring access to high quality habitat that has been isolated since the dam’s construction.  Expected benefits of the dam removal project include:

High quality fractured bedrock and cobble substrate was exposed following the removal of the Lime Kiln Dam.  These materials, together with the exposed bedrock shelves upstream of the former dam site, will likely provide valuable lake sturgeon spawning habitat when these fish return from Lake Michigan.

Since dam removal, the area upstream of the former dam has been actively monitored by the Ozaukee County Fish Passage Program and project partners.  Electrofishing surveys have captured a diverse array of fish species, with a high number of greater redhorse (Wisconsin threatened species) and young smallmouth bass. 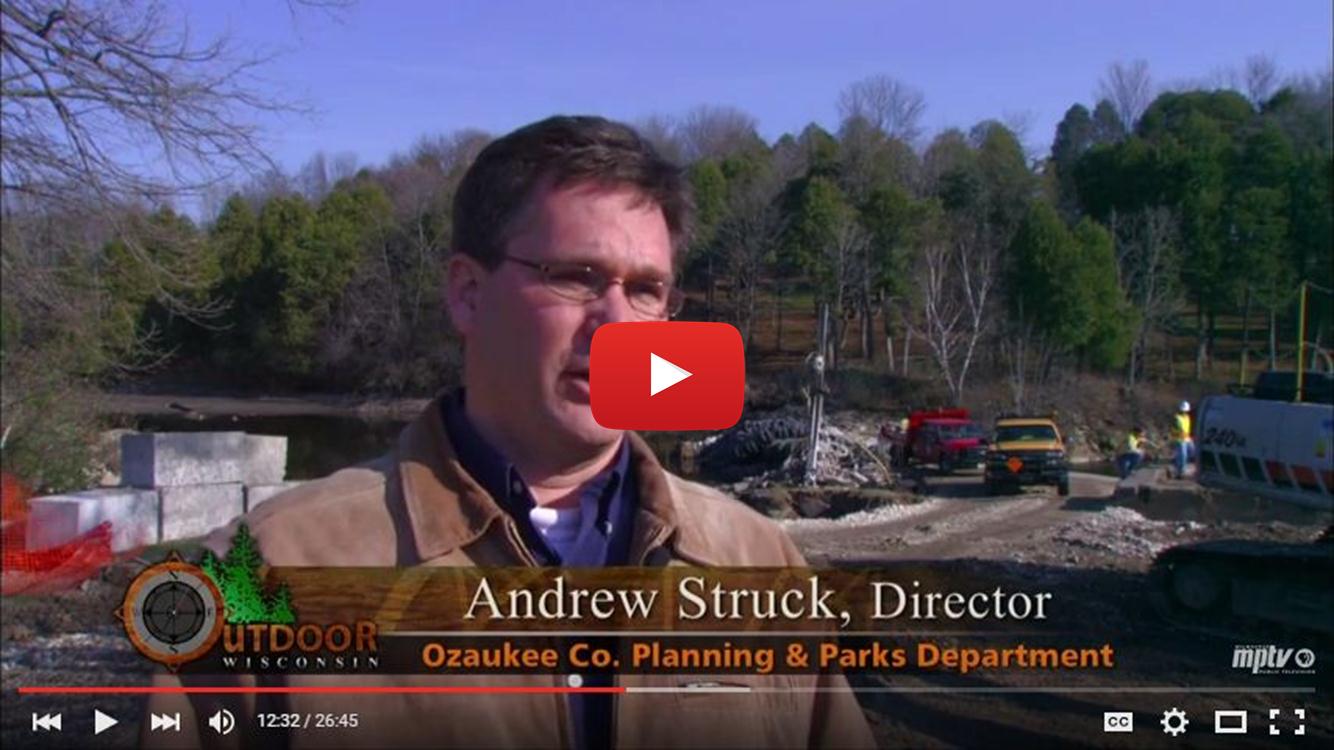 The  Milwaukee  Falls  Lime  Company  was  established in 1892 with the opening of a limestone quarry in the Village of Grafton. The company, managed by G.A. Mace, constructed five lime kilns adjacent to the quarry near a reach of the Milwaukee River north of Cedar Creek. An early description of the quarry gives its size as 800 ft. long, 400 ft. wide, and 40 ft. deep.

Prior to 1915, a timber crib dam with earthen backfill was built into the abutting limestone walls and solid bedrock island that defined the river channel. Around 1915, the dam was reconstructed  with concrete and additional earthen backfill, reaching a hydraulic height of five feet. The dam’s 60 foot long spillway created a five acre impoundment with an average depth of five feet and maximum water depth of nine feet.  In addition, a raceway with concrete walls was constructed west of the bedrock island to divert the river’s flow, increase velocity, and power a machinery house  that spanned the raceway walls. The machinery house supplied power to an air compressing engine that operated the drills in the quarry and to power the tram cars up the incline to the kilns.

The company continued its lime production through the turn of the century when its operations were purchased by the Tews Lime and Cement Company.  As the country’s need for the product dwindled in the early twentieth century, the lime production at this site decreased until the mid-1920s when operations ceased.

In the early 1960’s, the Village of Grafton acquired the site, paying $6,000 annually over ten years to the Tews Lime and Cement Company, and filled the former millrace with concrete debris and earthen fill. During this time, the dam began to fail. In 1963, repairs were made to the Lime Kiln Dam to prevent further damage. About this time, one of the limestone quarries located northeast of the remaining kilns was filled and paved to become a parking area. The date of the demolition or collapse of two of the five original kilns is unknown. Four tramway piers and the raceway walls were preserved and are still visible at the site today. 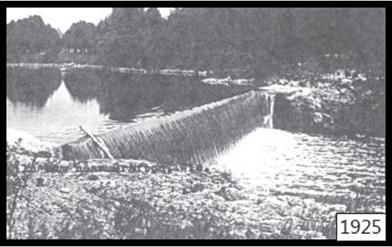 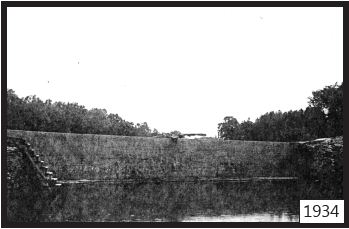